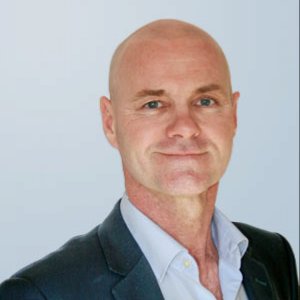 Generation Y and Technology Or, why what we think we know about digital natives is wrong.

When I first started out as a fresh-faced trainer, around the time that Tyrannosaurus Rex was gazing skywards and vaguely wondering about the large rock hurtling towards him, not yet realizing that his day was about to take a serious turn for the worst, an older and more experienced trainer opined that we would probably be heading the same way, since “all the kids are learning about this stuff at school nowadays” and that I should perhaps consider a different career path.

Flash forward a couple of decades and I find myself still gainfully employed as a trainer/facilitator in the IT space.

I think that we need to clear up some misconceptions.

First of all, we (that is to say, those of us who didn’t experience childhood with a smartphone grafted to our ear) seem to be of the consensus that since younger generations learn about this stuff at school it therefore logically follows that they must be good at it.

This is a complete non-sequitur; I have had many participants on Excel training courses say to me, “I’m having trouble with this formula”. When asked if they could think of a formula in mathematical terms they say, “Oh I was terrible at maths when I was at school”.

I also know plenty of people whose spelling is poor, even though they attended English classes at school and can clearly speak the language.

So whilst there are plenty of digital natives who have a knack or a gift for using technology, and love doing so, there are just as many who don’t. These folks may simply be the next generation of the “bad at –Insert Subject Here– clan”.

I think that we are mistaking “good at” with “comfortable with”; there’s a big difference. Just as I’m comfortable with driving my car doesn’t make me good at fixing it when something goes wrong, nor does it qualify me for the racetrack.

I’m also comfortable with airplanes but you wouldn’t want me sitting in the pilot’s seat!

We would do well to remember that our digital natives are often expert users of social networking apps, and the Internet, as well as being particularly adept at taking selfies, but that’s a very narrow focus which often has little or no relevance to our day to day technology requirements for business.

In fact, those can often be the very fixations that detract from productivity.

Speaking of business relevance, it’s not uncommon to see digital natives arrive at the workplace totally unprepared to begin work on some of the more typical day to day software tasks expected of them.

Whilst lots of parents I speak to point out that they ask for their children’s help when it comes to fixing their phone or finding something for them on the Internet, most don’t seem to realize that many of those very same offspring have virtually no idea about how to properly format a document or set up email archiving. (To be fair, this also applies to a great many of the aforementioned parents’ generation as well!)

Next, when we talk about digital natives being good at technology and learning about it at school, we are assuming they actually have an interest in such things. This can often be a false assumption.

What if little Johnny is more interested in the arts, or in flora and fauna, and has little interest in using computers beyond writing a few notes on his observations?

The issue with this kind of assumption is it paints our digital natives to be some kind of clones as if they were all built on the same production line instead of being individuals who have many and varied interests and talents.

This is not intended to be a diatribe against generation Y or any other generation for that matter. Far from it. I simply wish to point out that our current mindset in this regard does not serve us well.

We need to consider the reality of their preparedness or otherwise to enter the workforce.

In order to do this, we need to provide appropriate and engaging training. Much has been made of the need to change the way that we train in order to engage Gen Y, and I agree that training should be engaging.

I don’t agree, however, that it needs to be markedly different for that particular age group; training should of course always be engaging and rewarding, and most importantly relevant regardless of the age of the participant.

At Keystroke Learning, we are ideally placed to provide a rich and engaging learning experience with a distinct focus on “real world” business application.

Our facilitators have a wealth of collective experience gained from years of consulting and training in various industries. This enables us to provide our clients with what they value most about IT training – the timesaving tips and shortcuts they can learn from our experienced trainers.

The platforms may have changed, (along with the haircuts) but the goal remains the same, provide a relevant, engaging and topical learning experience that enables users to be more efficient and productive, as well as providing our clients with the best possible return on their investment.

I am passionate about training and dedicated to helping participants become more efficient in their work. As a facilitator, I love it when I hear a participant say “You just saved me hours!” This is one of the most rewarding aspects of my role. After 25+ years, I still enjoy keeping up to date with developments in technology and I love passing on the best tips and tricks to my clients.

Keystroke Learning is pleased to announce that TechSmith has just added us to their list of Recommended Training Providers. In fact, we are the only

Conditional formatting is an Excel feature you can use when you want to format cells based on their content. For example, you can have a

Typography is so overwhelmingly ever-present we hardly notice it there anymore. It’s actually bizarre to think that typography has a history at all.We’ve become so