New updates for Articulate Storyline could be a game-changer 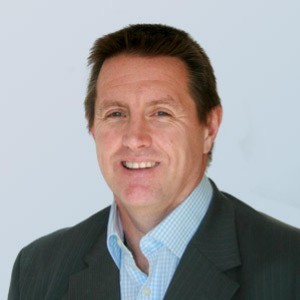 It’s not often now days when the software manufacturer releases an update it’s a game-changer to the end user of that software.

What might appear to be minor changes will be or will certainly be for me when developing articulate storyline projects, a huge time saver.

First of all, the changes for the Triggers panel will be invaluable for me, it now has colour coding, this will make it easier to scan to find specific triggers.

Dependent upon your skill-set with Storyline you may not see the great advantage of this, but when dealing with slides that have many triggers, in my case I have had over 40 on one slide! you will see the advantage.

When troubleshooting, reviewing or making changes to a project that you finished many months ago, having the colour coding can certainly make it much easier to read what is going on in each trigger where in the past these were all the same colour and they didn’t really stand out one from the other.

I’ll be honest, I haven’t used this as yet but I can certainly see this will become another great option to implement in any project, as many times as you might have multiple triggers on one slide that might do the same thing, such as screen buttons that can be clicked on or keyboard keys pressed, I know I have added gamification before where the user is moving an object on the screen and this is done by clicking on arrow buttons on the screen or press the arrow keys on the keyboard.

Now been able to group triggers by events will again make it easier to find a trigger that may need to be adjusted.

In fact, using this will allow you to make a single change and it will affect all the triggers within the group.

Groups also allow for collapsing and expanding of groups. The collapsing of individual triggers works on an object or whole section of your triggers.

Articulate has also redesigned the Trigger Wizard to speed up the workflow, You can now create conditions without opening additional menus and you can easily locate and select project variables, they are no longer grouped with built-in variables you just need your keyboard to create triggers quickly, simply tap through the wizard and type of the filter within the dropdown.

If you have ever had problems with your triggers and are trying to troubleshoot what is causing these, sometimes it’s necessary to delete a trigger to see if it is the problem and if not then you’ve got to recreate it.

You will no longer have to do this as there is now the ability to disable a trigger, this is achieved by a single click within the triggers panel.

I do believe that these changes are definitely for the better, they will help increase workflow, speed troubleshooting but at this point, it is still too early to tell How much time these will save as the feature was only released yesterday.

For anyone that does have Articulate Storyline I highly recommend doing the update, test out the new features and see how useful you think this new feature can be to you.

As a Microsoft Certified Applications Specialist (MCAS) and a Certified Internet Webmaster (CIW), I have well over 25 years of experience delivering training in a range of desktop applications from introductory to advanced levels. I am personable, professional, and have an engaging style which ensures a highly effective facilitation to a range of audiences.

Keystroke Learning is pleased to announce that TechSmith has just added us to their list of Recommended Training Providers. In fact, we are the only

Conditional formatting is an Excel feature you can use when you want to format cells based on their content. For example, you can have a

Typography is so overwhelmingly ever-present we hardly notice it there anymore. It’s actually bizarre to think that typography has a history at all.We’ve become so